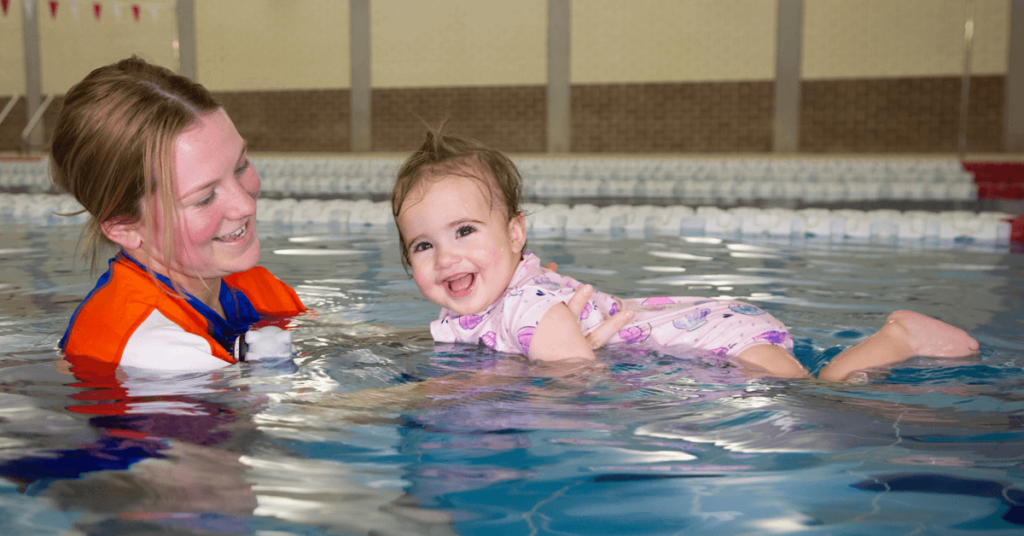 Expecting a one-year-old to swim freestyle is about as realistic as asking her to drive your SUV down the road to buy the groceries. So why do countless experts insist that the best time to start swimming lessons is, as soon as possible?

Swimming coaching icon, Laurie Lawrence has been teaching babies to swim for decades. He is a passionate advocate for getting babies in the water, but there was a time when Lawrence was a cynic.

“I didn’t believe in baby teaching, then I had my own daughter and I started to investigate. But of course, Forbes (Carlile) had already started,” Lawrence told a Foxtel documentary on Australian Swimming.

Lawrence visited the late swim coaching master Forbes Carlile at his home in Sydney “one morning about five am there’s Laurie on the doorstep, he said I haven’t come to see your swimmers, I’ve come to see your babies,” Carlile recalled years later.

“Once I saw it, I couldn’t believe it. It was amazing,” Lawrence added.

At Carlile, they run Waterbabies classes from three months of age. “By that stage their immune systems are developing, they are bonded with you and they love the buoyancy of the water,” said Carlile director and former Australian champion Richard Cahalan.

“It’s a perfect time for parents to help them explore and have fun, but beyond that, babies and young children learn important water safety skills. Everyone should learn to swim well and there is no doubt that starting young is ideal,” Cahalan added.

It is important that babies are never pushed into situations before they are ready but allowed to explore the water in a safe environment allowing them to build confidence.

Waterbabies classes are conducted with a parent in the water with the child. Its tremendous bonding and parents often have as much fun as the children. But while there are songs, games and plenty of fun it’s all with a purpose.

Children begin to learn the important first safety steps and to build the skills they need to learn to swim. But can they ever be totally safe around water?

“The answer to this question is never. No child is totally SAFE around water,” says  Cahalan.

“That’s why we use the word SAFER. Being SAFER is about layers of protection and recognising that we can never be totally safe. We should never be complacent around water.”

“When a child falls in often you don’t hear it happen, it can be so quick, so traumatic and with devastating results.” 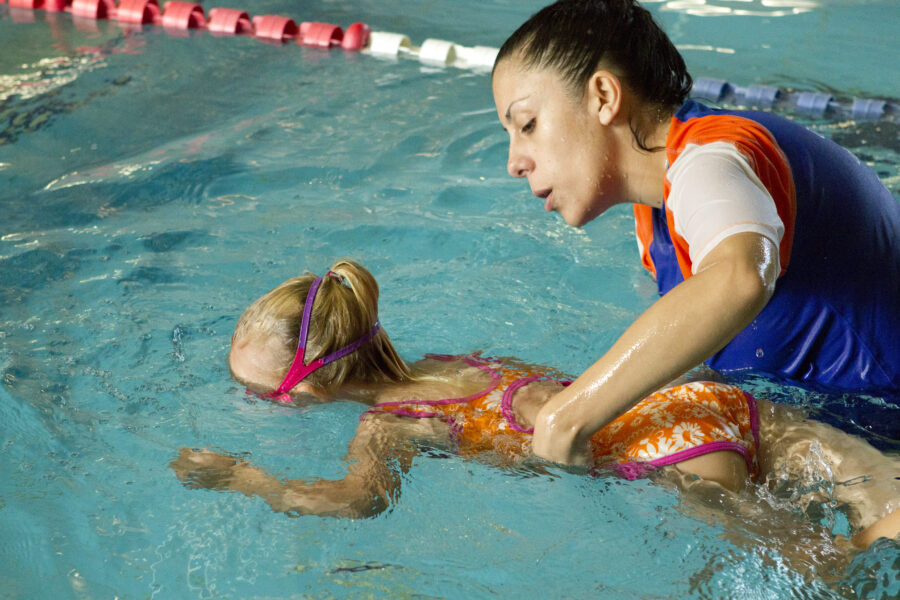 Carlile has worked with the Australian Swim Schools Association and supports its SAFER swimming campaign. The ASSA  campaign promotes some simple yet vital steps you can take to help your child be SAFER.

Swimming Skills – learning to swim well is a vital step. At Carlile we consider that completing our program and graduating as a Shark. At that level your child will be able to swim 400 metres freestyle with sound technique.

Adult Supervision – constant supervision by a competent adult is the most critical factor in preventing drowning. This means being within arms-reach of any non-swimmer, maintaining constant visual contact and not being distracted by phones or conversations. Royal Life Saving Society Australia report that “the lack of direct adult supervision is the main factor in 70% of toddler drowning deaths”.

Fences & Gates – make sure your pool has compliant fencing and gates. These should be regularly checked and anything that could be used by a child to climb over the fence or gate removed.

Emergency Plan – having an emergency action plan can save a life. If a child is missing every second counts, check the pool and other water hazards first. Do you know CPR? If not, then enrol in a course ASAP.

Reduce the Risk. The steps above can help reduce the risk. Fortunately, drowning deaths amongst children in Australia have declined. Last year, there was a 52% decrease in drownings amongst children aged four and under. We would like to see that trend continue towards zero.

And swimming does more than just help your child be Safer around water.

Australia’s Griffith University conducted a ground-breaking four-year study on the benefits of swimming young. The study found children who attended regular swimming lessons improved physical, emotional, social and cognitive skills. In fact, compared to the non-swimming population, the 3 to 5 years olds in the study were:

Mr Cahalan, stresses that finding the right pool and teaching program is a must.  “The pool itself has to be warm, both in and out of the water.  You also want a facility with quality filtration and water treatment, that ensures the highest level of hygiene,” he says.

The legend that is Laurie Lawrence today turns 80! Laurie is one of a kind, a tireless advocate of learn to swim and coach of… 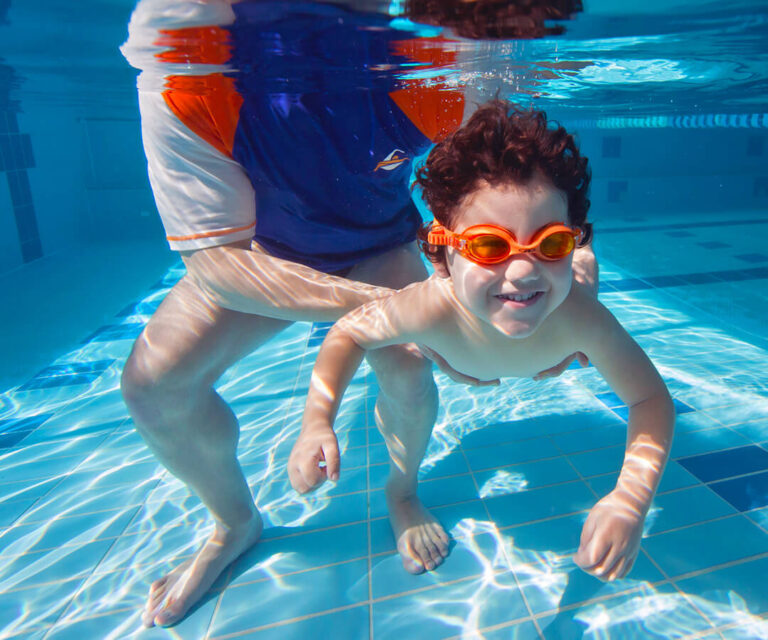 Indoor Pools will reopen for swimming lessons on the Monday after NSW vaccination rates reach 80 per cent. Swim Schools will be allowed to operate… 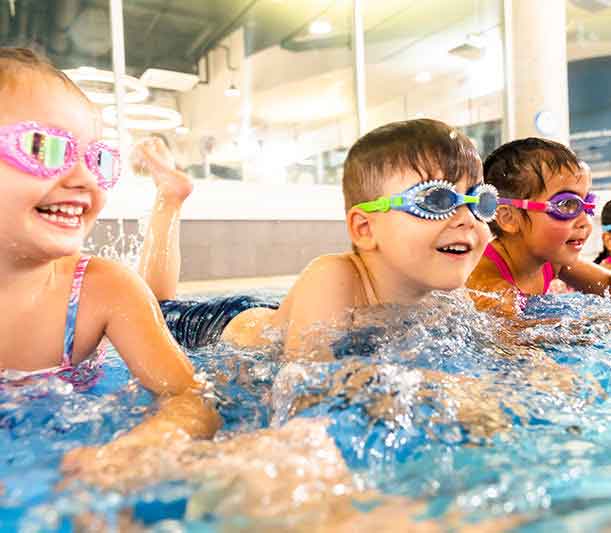 Lives are at risk. Indoor swim schools must open.

The NSW Government’s decision to delay opening indoor learn to swim centres until the first day of summer, is putting lives at risk and will…

Marg
13:18 20 Jan 20
I have been taking my daughter since she was 3 months. Great swim centre and lovely team and instructors. We have stayed due to the instructor we currently have.The only downfall is there is no leniency when your child is either sick or you’re away on leave. You still get charged. Understandable a position is held for you similar to that of a childcare centre. But even a childcare centre has holiday discounts or you can swap your days if available. It’s not cheap so you either cancel your enrolment and lose your spot or pay even when you can’t make it for good reasons, like your child is sick. Definitely paid a bit over the last few years due to missed classes. That’s the biggest disappointment.